Early in the morning we left the hospitable Aappilatoq and our old and new friends in this settlement. We know that we will see them soon again, upon our return. 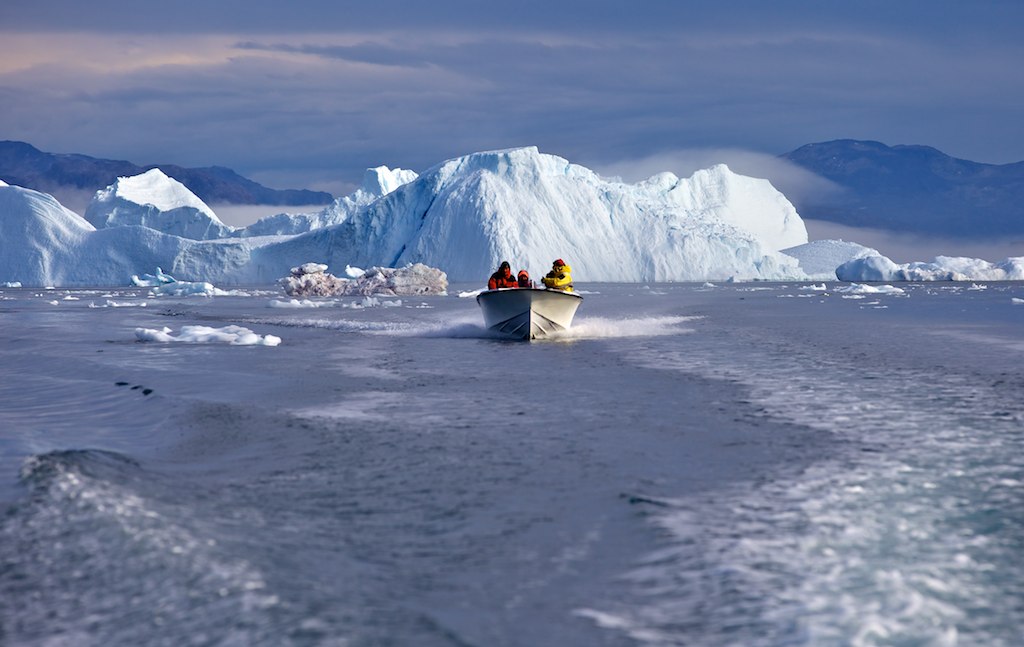 The weather changed abruptly only minutes after our departure from the sunny Aappilattoq. Thick fog fell on the water. What was bright and visible only moments ago disappeared in the grey mist. 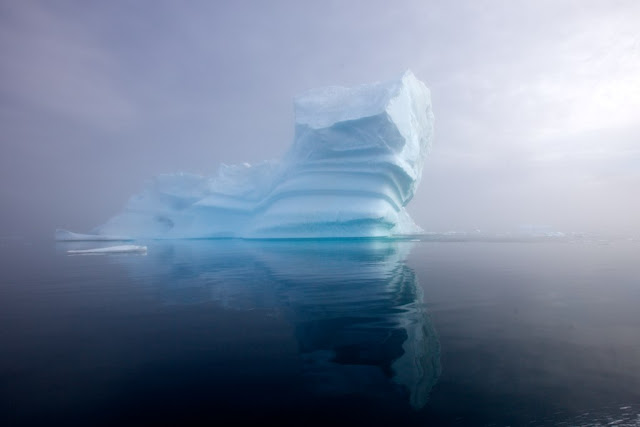 We could not see Upernavik’s shoreline as we were entering the harbor. It appeared at once, momentarily, with the lights of the oil exploration platform which then lit up the silhouettes of the port. 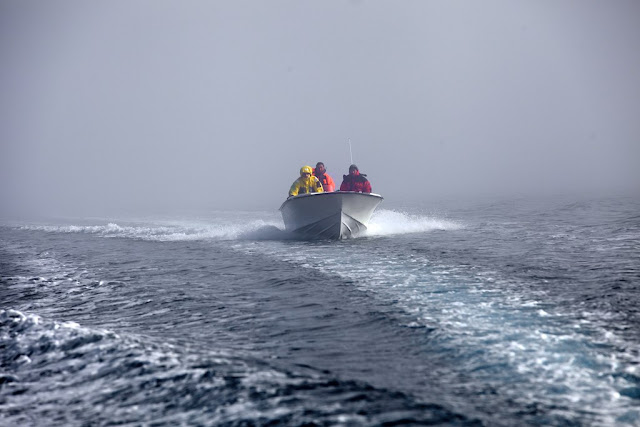 We did not know how long we would stay in Upernavik. Apparently, the mechanic who could have fixed our boat was gone till morning. So, we just had to wait. 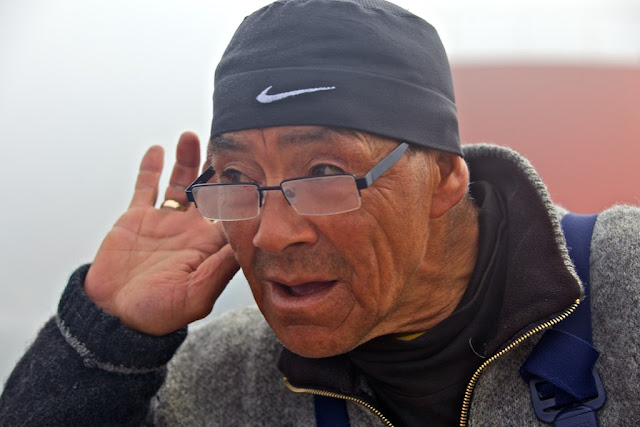 And of course, the harbor is a meeting place – you get to see here everyone whom you have not seen for years. It is also a great place to observe life of a town in a time of change. Here, steps away from the oil exploration ships, the local children have established their own playgrounds. 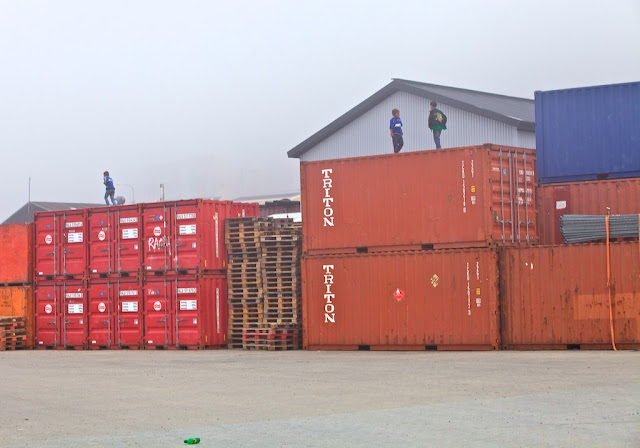 With a population of just over 1000 people, the changes in Upernavik are very apparent and they dominate the landscape; enshrouding it with a smoke screen of opposing beliefs. 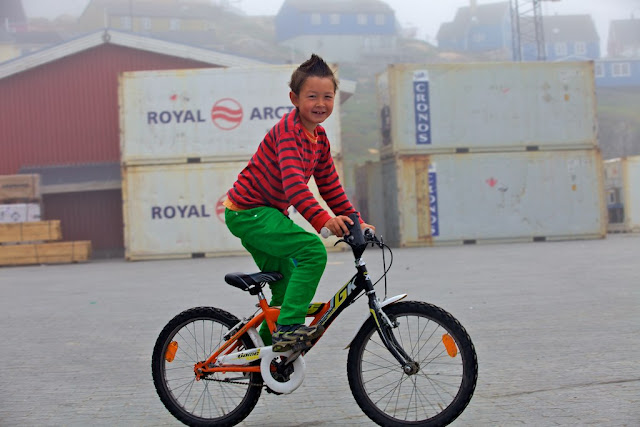 Perhaps we have to see beyond the fog and know that the next generation will bring true beauty, separating themselves from the pack of what a town of our time is supposed to look like. 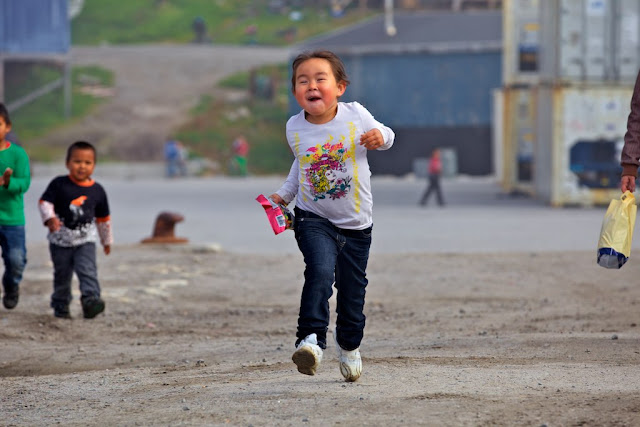 And this man is just another proof that life in Upernavik is far from being cliché; there is always space for a difference. 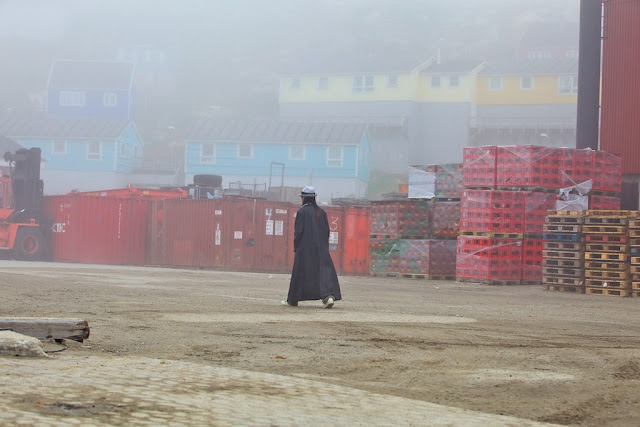 And always space for happiness. 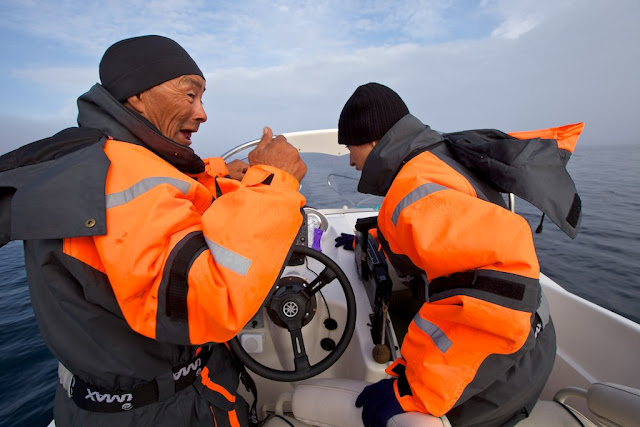 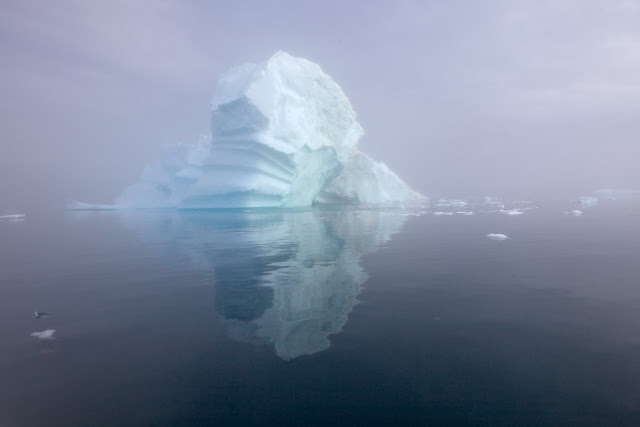 At 2 pm our mechanic appeared and went down to inspect our boat. Soon Ole Jorgen came back with the good news. 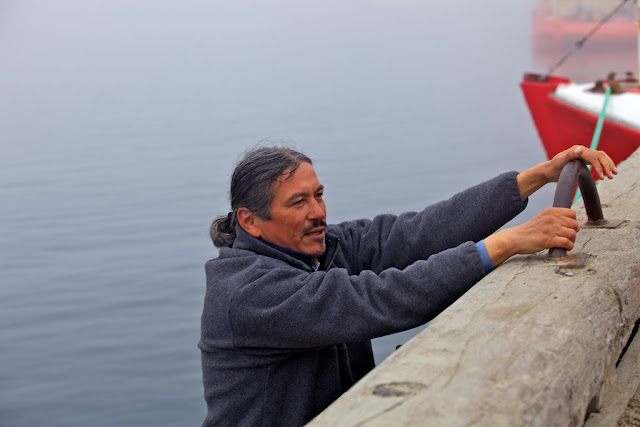 And soon we were on the boat again. 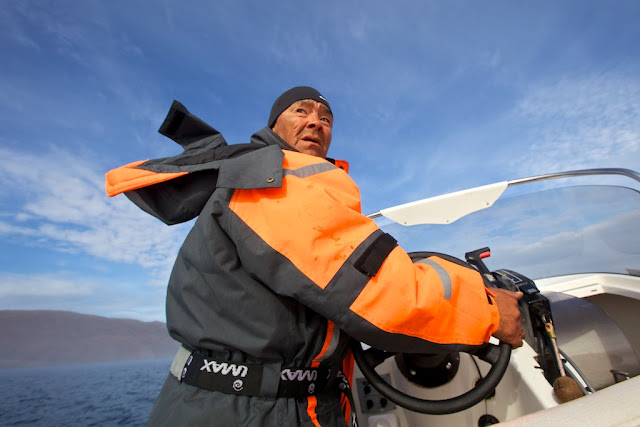 Our expedtion Avannaa continues – please , follow the us on the road! 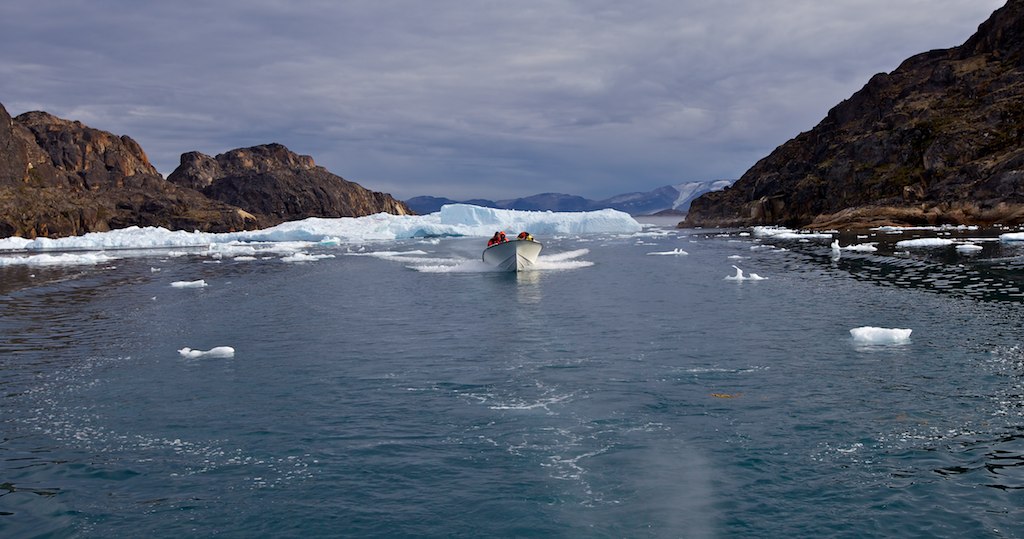 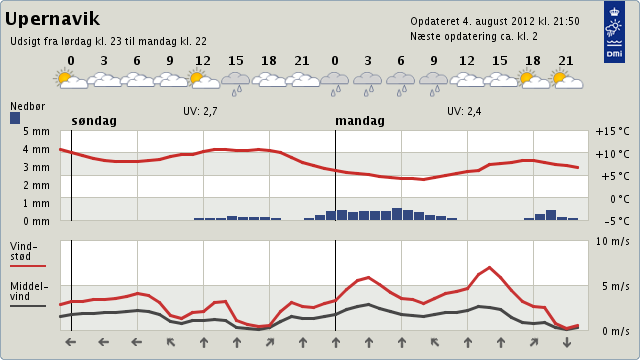 View Avannaa in a larger map

View Avannaa in a larger map
Posted by Unknown at 7:00 PM