I hear from far away what some people are saying of us: “Losers. In five days they have not even managed to reach the Devil’s Thumb - a simple trip that with proper planning should not have taken more than two days. But instead of planning properly, they bragged about their “special way” of doing things.  And fortunately our “way” could not have led us further from our goal” 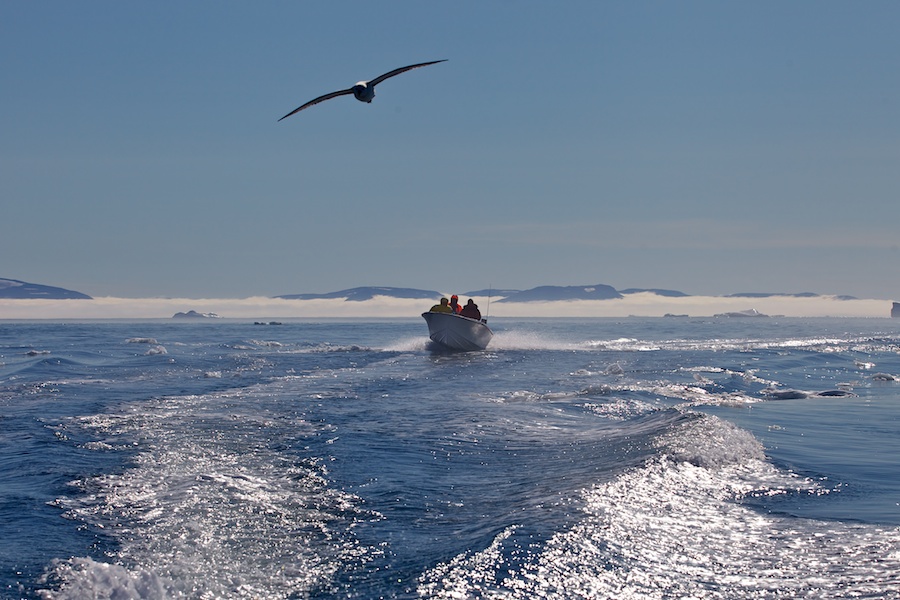 So let me explain. Of course, someone far away may call us a total failure, but one should keep in mind that people in the North look at failure very differently than people in Manhattan, Copenhagen or in Paris. Failure here in the High Arctic may be as or even more important than a victory. 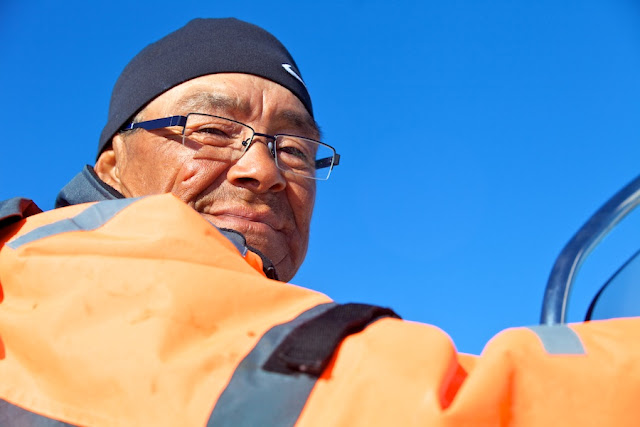 And indeed, it took us four days to get to Kullorsuaq. We made many stops on our way most of which have been unplanned. We were making a zigzag journey instead of following a straight line. We chose the longest route instead of calculating and implementing the shortest. But did we waste our time? By no means we did. All the important things we learned on our way we would have never learned had we gone on the straight line. 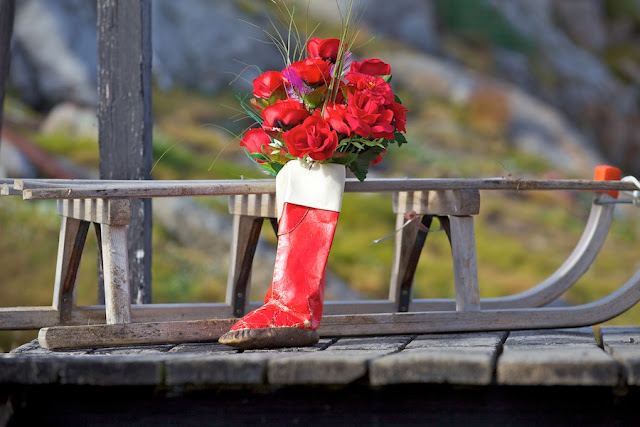 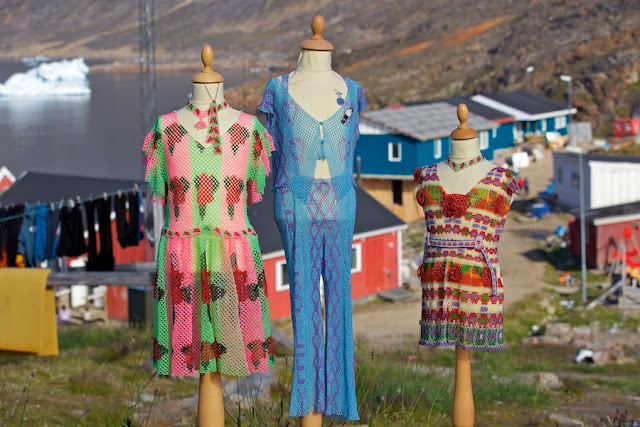 No matter what anybody says in someplace far away, I believe that our expedition Avannaa is like Nikolai Kristensen’s bead dresses. When you look at his room, you see all these little beads spread chaotically around the house. They actually look like dust – small, meaningless, and even boring. They are not even beautiful. But then something happens, then they get together, one by one, and miraculously  turn into a masterpiece that one can neither understand nor analyze. 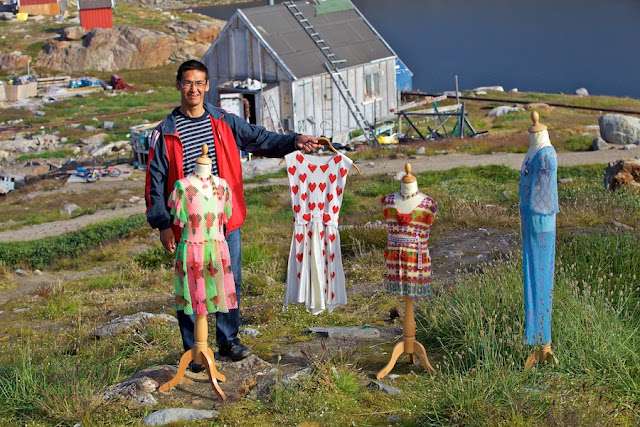 And neither he nor we plan.  Nikolai Kristensen does not make plans, designs, or outlines. He makes his dresses out of cheap little beads and out of pure love of his heart. The same with Expedition Avannaa. All these small moments of life that we witness along the way are probably not really exciting, or unusual. They are rather boring, routine and sometimes non-appealing. But then of course, something happens, and all of a sudden all these individual moments – boring as dust – quickly get woven into a cosmic fabric of our strange Expedition.  Then we witness something really beautiful and really unusual. 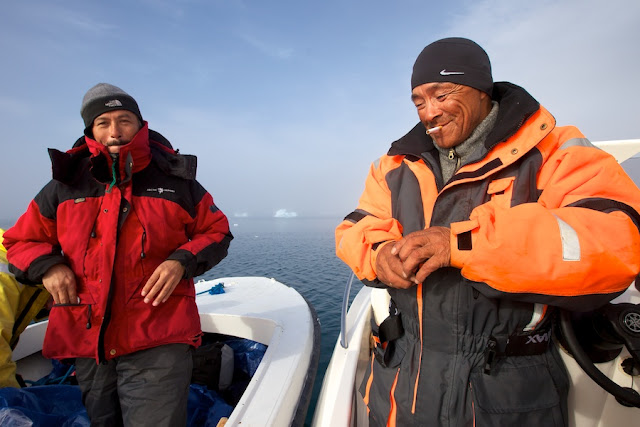 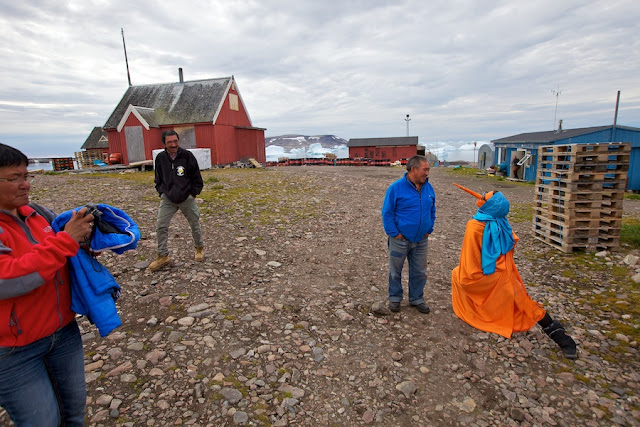 In addition to that I need to say that time was on our side. Of course, we could have been sitting already in Etah and waiting for the ice to dissipate; instead we moved from settlement to settlement and encountered life in the remotest places of Greenland. 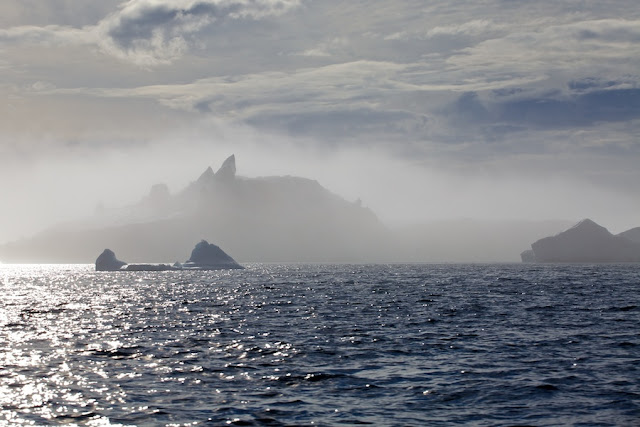 And even though Kullorsuaq, the Devil’s Thumb, is only 2 hours away from us, when I ask Alberth about when we are going to be there he answers, “Nalluara. I don’t know.” Because one should not assume. 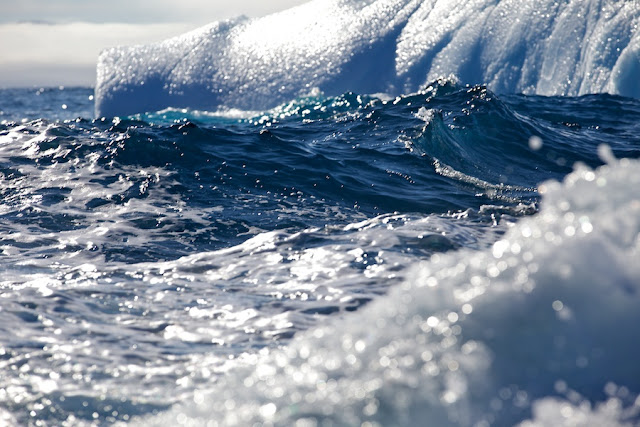 And again the fog settles on and off the sea, and we see more floating ice than before. To pass these icy fields, which can be lengthy, we have to slow down. 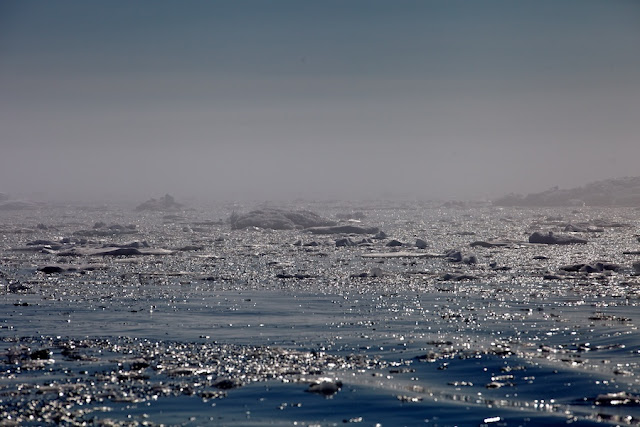 But then as we leave them we speed up and rush forward at an amazing speed to our new Horizon. 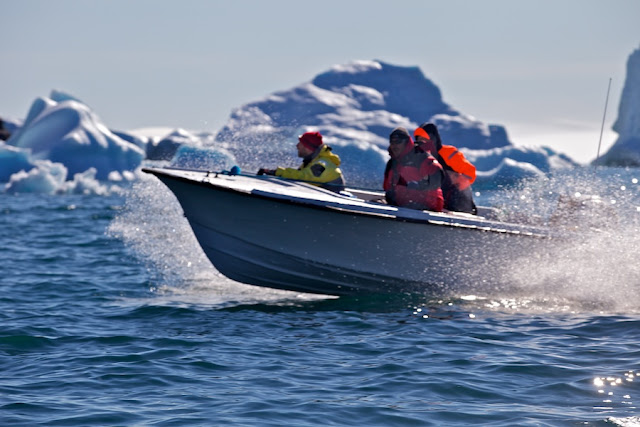 "There is another side to exploration in terms of discovering Nature’s real timetable,” says our captain, Ole Jorgen Hammeken. As we go onwards, we discover that we actually are not behind schedule as some may have thought. As we are getting closer to our ultimate goal our time of horizon gets clearer too. And suddenly we understand that we are not late, we are not behind, and we are right on schedule. 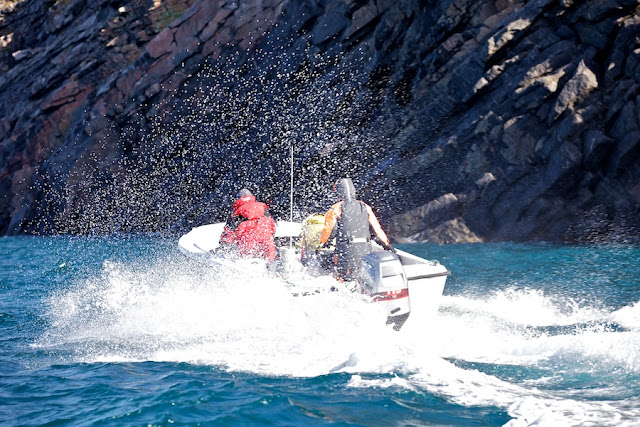 And again, the weather here changes every single moment. 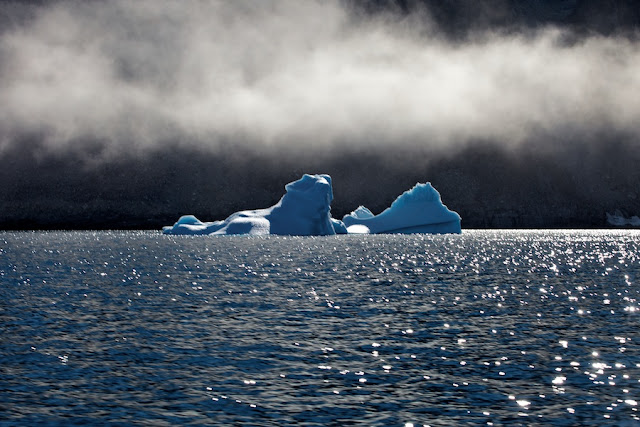 From the bright sun back to the thick fog. 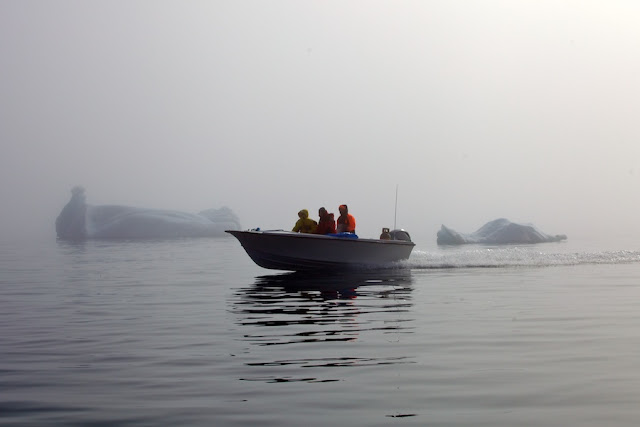 And then somehow at a certain moment in time we know that our destination is close. 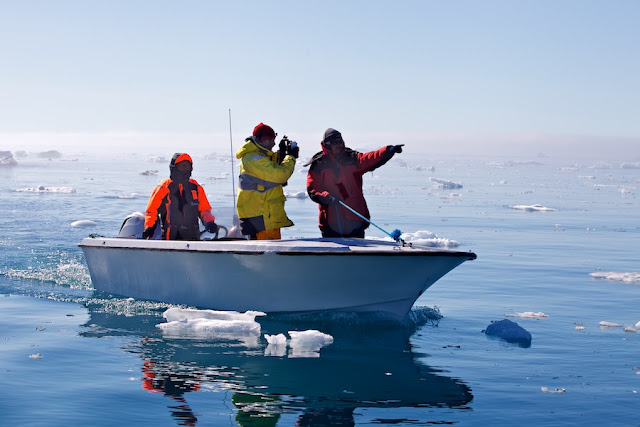 Here is what we have been waiting for, for such a long time! The first sighting of Kullorusaq, the Devil’s Thumb. 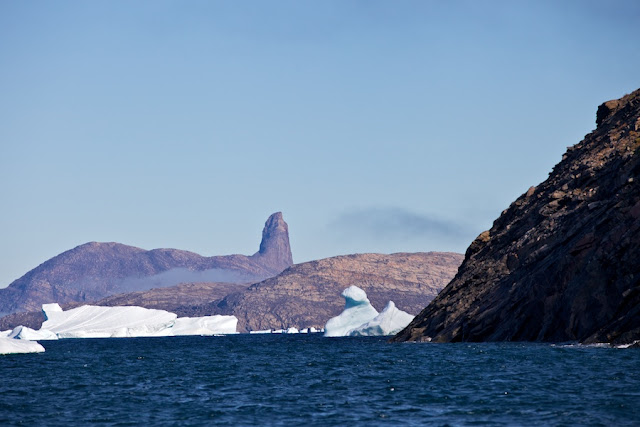 And the iceberg floating nearby reflects it almost identically. 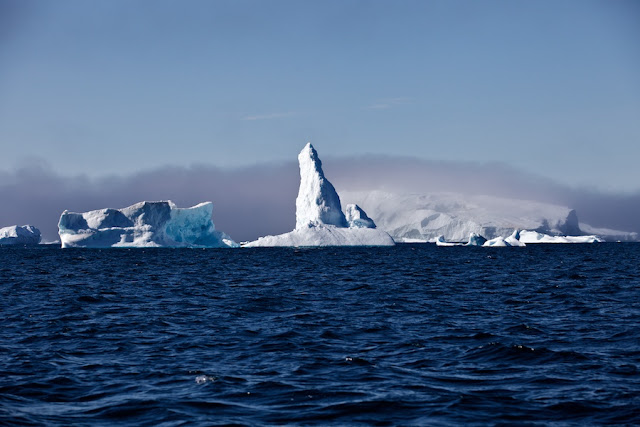 Now we are ready to race at full speed. 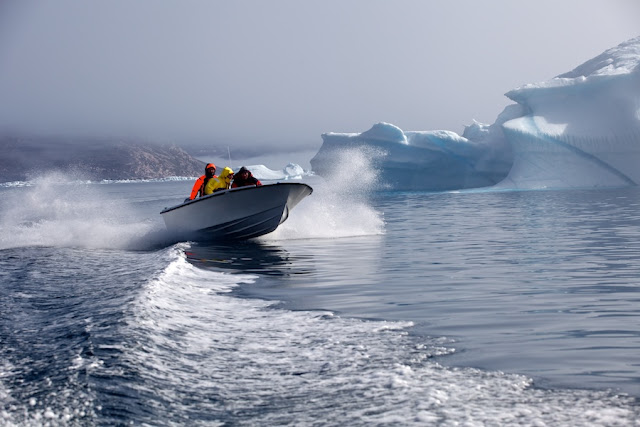 to see the outlines of a settlement that has seen so much - Kullorsuaq. 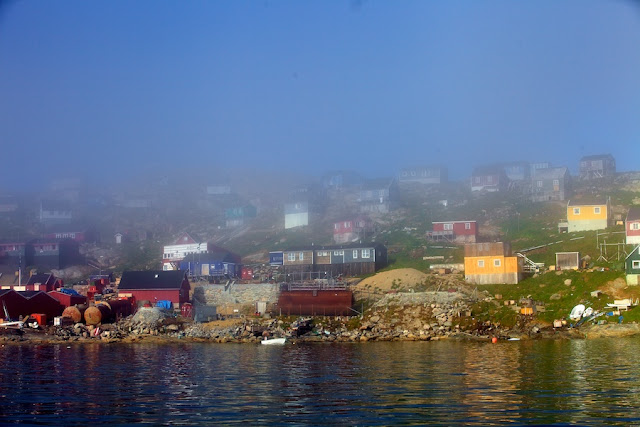 And of course, kids are already waiting for us on the shore, they spotted us from afar. 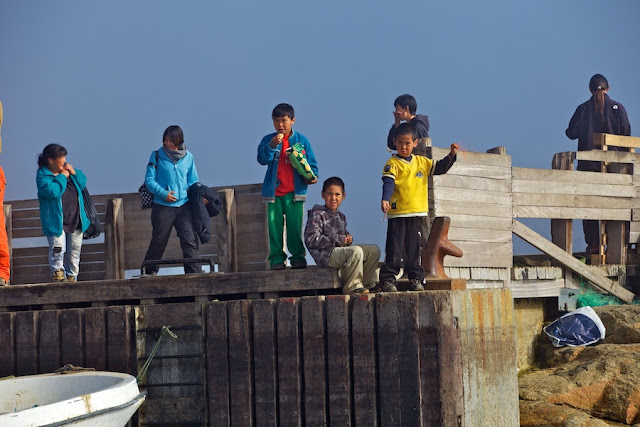 It’s a town of hidden magic, of real purity 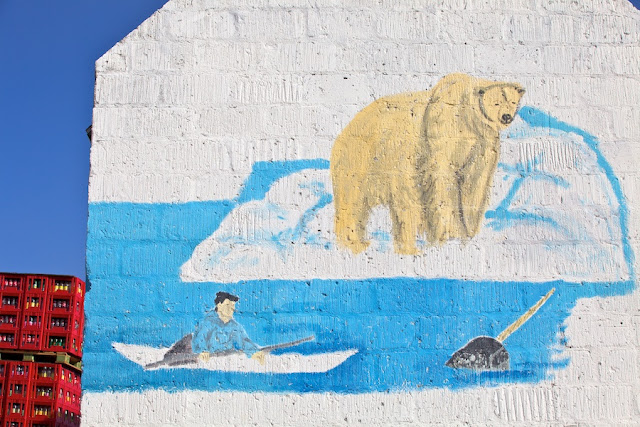 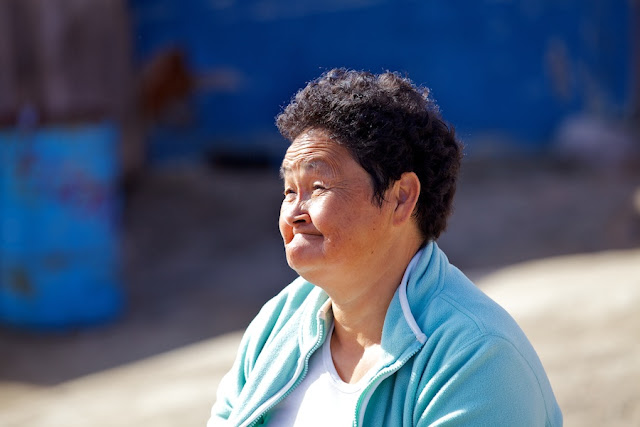 They are welcoming us to Kullorsuaq – the point of our destination on the road up North. 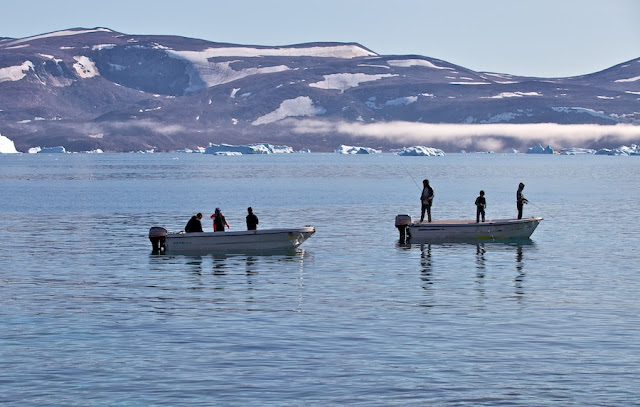 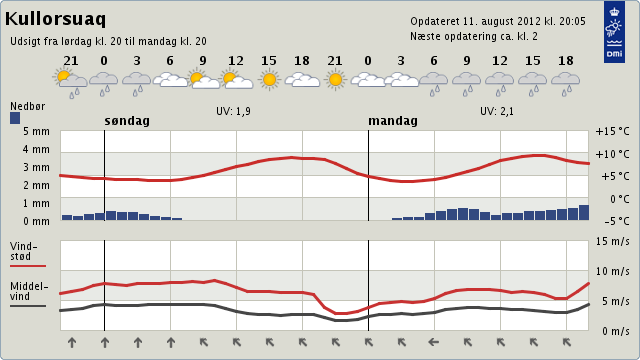