Ole Jorgen Hammeken, a leader of the expedition, is a prominent Greenlandic explorer, actor and educator. He has led and co-led many expeditions in the past, such as Dogsled Expedition from Uummannaq to Qaanaaq 1997, The Polar Passage 2000 – a circumnavigation of the Arctic Ocean in an open boat, The Euro-American North Greenland Expedition to Peary Land, among others. In 2006 he led the 'Global Warming Dogsled Expedition' – a journey of over 500 km (310 mi) up and over the Greenland ice sheet from Uummannaq Fjord to Ilulissat, intended to draw people's attention to climate change and global warming. He is a fellow at The Explorers Cub in New York. To the general audience he is known as a lead actor playing the polar bear hunter Ikuma in the Greenlandic film INUK that has won over 20 prizes at the international film festivals. The world's northernmost mountain in Peary Land, Hammeken Point, was named after him. 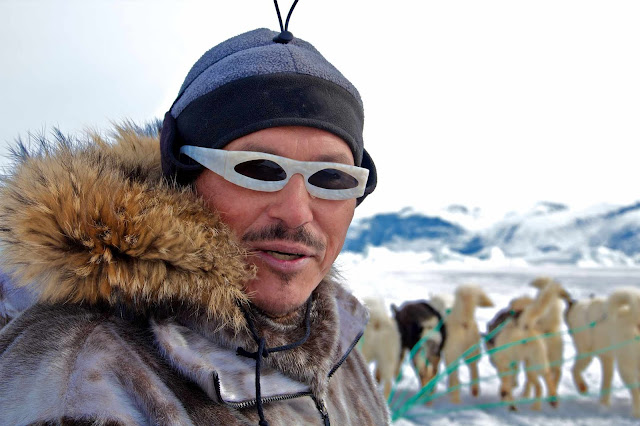 Aalibarti Lukassen, a co-leader of the expedition, is a “Piniartorsuaq” (a Great Hunter) and a living legend. At the age of 19, Aalibarti went out to get a seal. Ice broke and Aalibarti got adrift with his dogs. It was a dark time of the year. Currents took Aalibarty north to Illorsuit Fjord. As days passed, his dogs died, one by one. Aalibarti was prounounced dead and his obituary was read on the radio. Many dark days and dark nights passed until people finally found him. When they saw him they took him for a ghost. Aalibarti’s miracle journey and return to life has been featured in several books, films and recently even in a Arctic Ballet Aalibarti’s Ride staged on the sea ice of Uummanaq Bay by Uummannaq Music. Allibarti is one of the most respected elders in Northern Greenland. 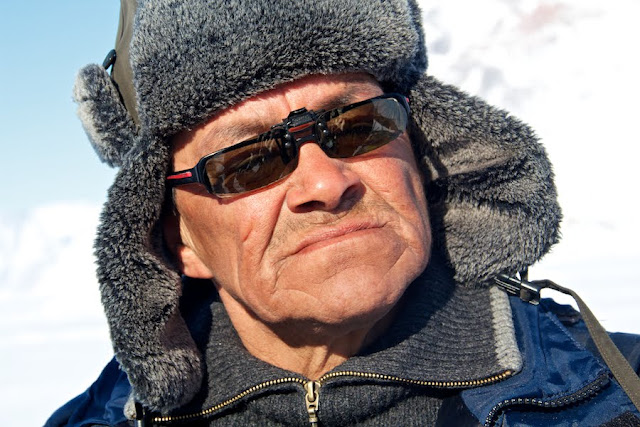 Bertrand Lozay, served as a filmmaker for The Global Warming Dogsled Expedition and most recently for Avannaq2011 French TV sailing film expedition from Granville to Uummannaq. Lozay produced several films for UPI, among them a mockumentary Sall’ (Fake). Lozay freelances as a Northern correspondent for KNR (Greenlandic National Television). He spent several seasons in Uummannaq working with the children of Uummannaq Children’s Home as an educator curating through animation film workshops several short films including Tupilak 1 and 2. 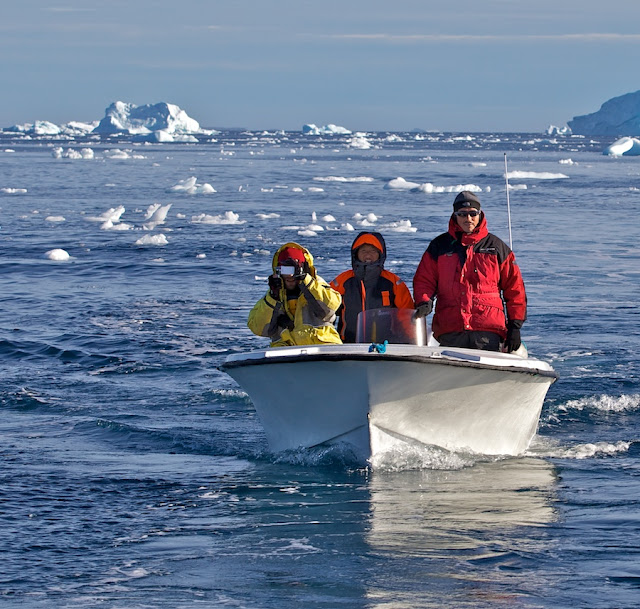 Galya Morrell – a co-founder and Artistic Director of Uummannaq Music, the world's northernmost stage on the drifting sea ice - a collaboration of native hunters, international artists and local children that aims to revive the spirit of the community and protect the unique Greenlandic values that are disintegrating along with vanishing ice. Following into the steps of her grandfather, a nomadic Komi caribou herder, Galya Morrell spent more than twenty-five years in the Arctic as an organizer and participant in polar expeditions, a reporter, photographer, director and communicator. Under the stage name ColdArtist Morrell works in visual synthetic performance on drifting ice flows in Northern Greenland.