Expedition Avannaa is a 4,000 km journey in a small open boat “the North Greenlandic way” - the hard way. Equipped the laconic “hunter’s” style which implies minimum of comfort and gadgets, Expedition Avannaa travelled to the world’s northernmost communities in Avanersuaq (Thule District) - the land that is invisible to most people. 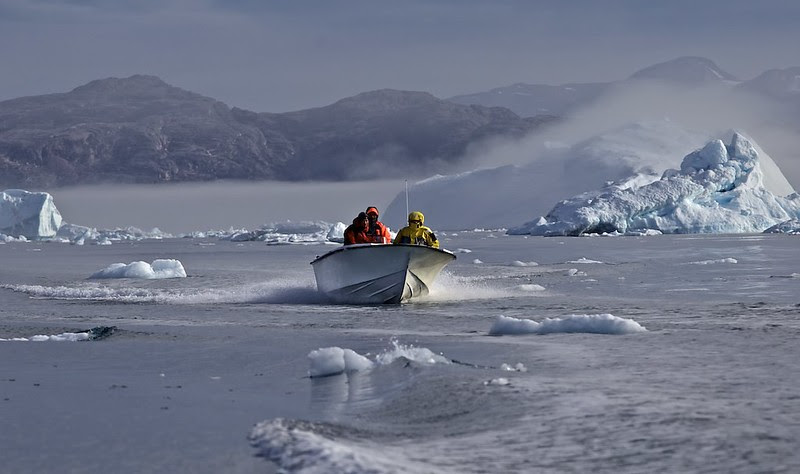 Being “first” never really mattered to the Eskimos. They did not travel to win, to conquer, to make a statement or to proclaim superiority. They travelled because they were adventurous. As descendents of the Eskimos, the modern Inuit of Greenland still have this “adventurous element” in their blood. In many ways, “Expedition Avannaa 2012” was ignited by this very element. Expedition Avannaa does not have a plot , or pre-approved scenario. Because what kind of scenario can one have in Qimusseriarsuaq - The Big Dogsled Stretch (Melville Bay)? And what kind of plot one can have in such places as the “feared” Sanerarsuaq – the coastal way where one would not find shelter for almost 200 km? Or certainly, one can have a scenario, but then there would be always some one else with a better scenario for you. 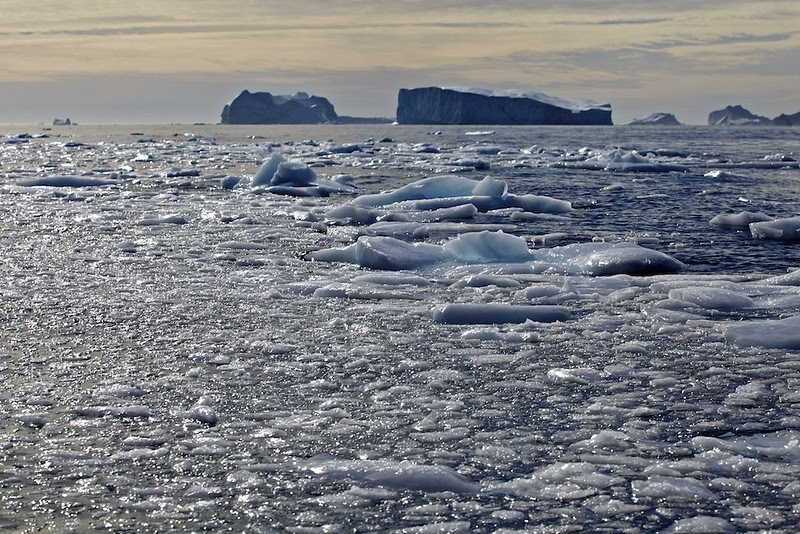 Local storms and winds come “out of nowhere”, making the settlements of the Polar Eskimo in Avanersuaq some of the most isolated communities on Earth. 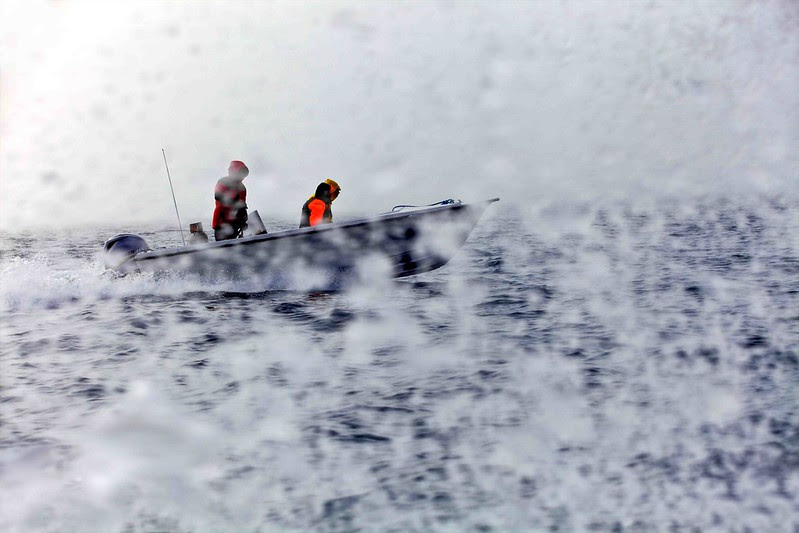 That’s why, instead of making plans, we will stay faithful to an old Greenlandic principle – wander, accept and adapt. No matter what happens on the road. Exactly like generations of Polar Eskimo hunters did before Avannaa. 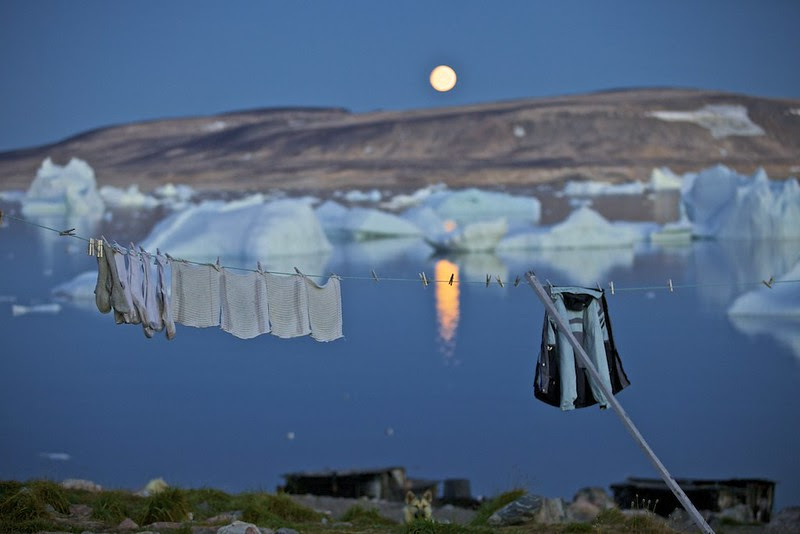 The Inughuit, or Polar Eskimo, are one of the smallest indigenous groups in the world, with a population of only 800. Some of them are descendants of polar explorers Robert Peary and Matthew Henson. Unlike most cultures of the Arctic, the Inughuit have succeeded - despite all odds - to avoid the ego of “consumer civilization” and to maintain their ancient ways of life. They still use kayaks and harpoons to hunt narwhal in the summer and dog-sleds in the winter to hunt seals, walruses and polar bears. 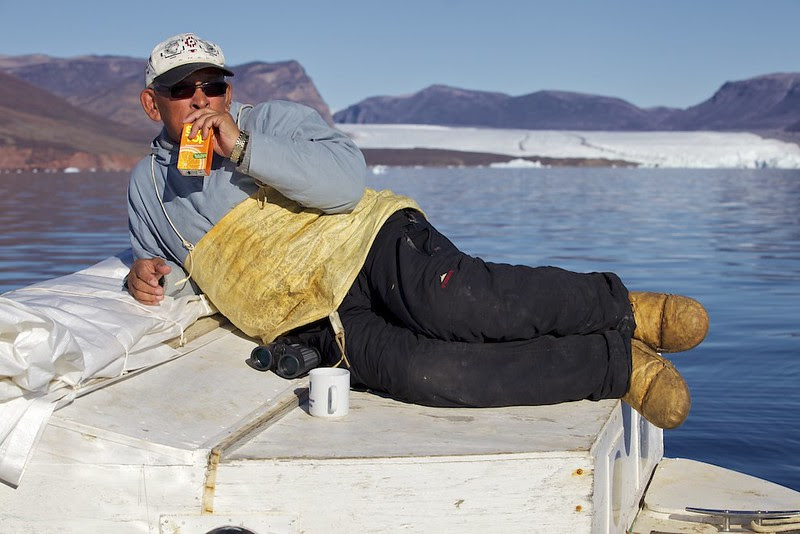 Once being forcefully relocated from their sacred home in Uummannaq when it was chosen as a site for Thule Airbase in 1953, they are now about to be squeezed out of existence entirely. The abrupt climate change, the draconian hunting quotas and the anxious desire of some to obtain independence at any cost, gives this ancient culture little chance for survival. When the old people – tradition keepers - are gone, the hunting culture and the language would be gone too.

On our way, we will observe and film rock and soil, earth and ice, water and sky, wind and currents, wildflowers and ancient lichens, polar bears and arctic butterflies, foxes and ravens, people, walruses and phytoplankton that too has to adopt to abrupt changes – often with little success. 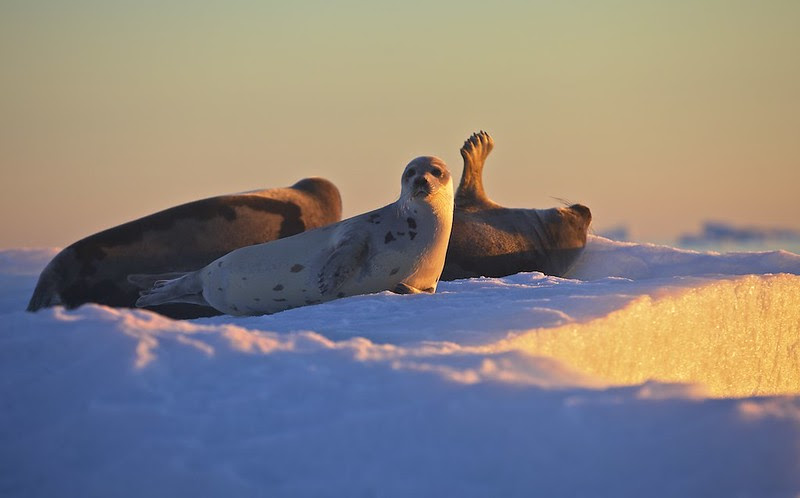 We will talk to our friends who live in the world’s northernmost settlements and will find out what they think about changes in hunting, cooking, shelter and ceremonials. 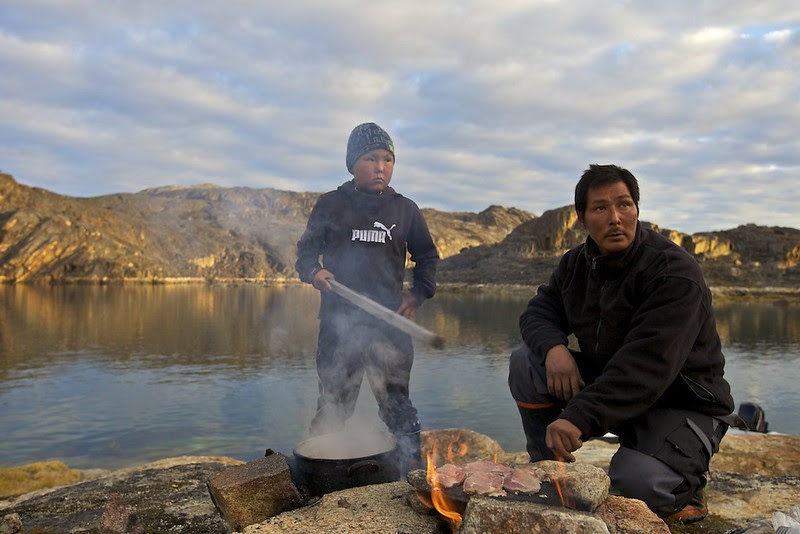 Expedition Avannaa does not judge, makes any conclusions, or assumptions. It leaves that to those who are better fit for that job. Instead, it observes and thoroughly records life that exists here today. Its main goal is to make sure that the voices of the northernmost inhabitants of Avanersuaq are heard. 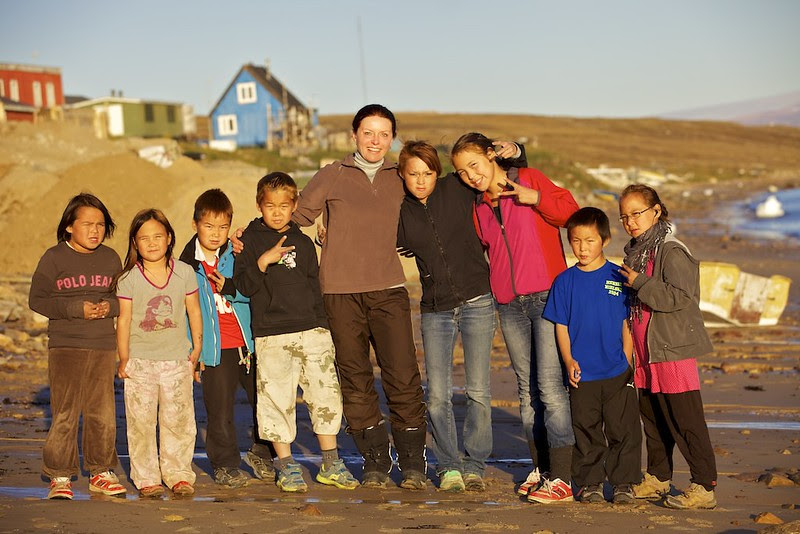