Summer has been treating us well so far and we are grateful! At first, there was the incredible success of the INUK premiere on both sides of the Atlantic. Then, there was the launch of the Alfred de Quervain exhibition in Nuuk, Zurich and Uummannaq. And finally – Greenland Week in Kyrgyzstan that turned into a month and a half long celebration of two nomadic cultures through which a 6,657km long virtual bridge between Central Asia and Uummannaq has been established.

So far, so good. But the summer is far from being over and much still has to be accomplished. Now, as all the INUK participants have returned from foreign lands to the home base in Uummannaq, we are ready to begin a new expedition to the Far North, which is called Avannaa.

Avannaa means “North” in Kalaalissut. You may ask – but isn’t Uummannaq itself the North? No doubt, it is. But beyond our North there is also The Ultimate North. And this is where we are intending to be going. As usual, we do not have a script, because what kind of scenario one can have in Petermann Fjord? Or certainly, one can have a script, but then there would always be someone with a better one. At this stage only one director, the invisible one, has a say, and we all know the name. Therefore, we will stay true to the old Greenlandic principle – wander, accept and adapt. And we will be doing just that, being open to what is awaiting for us. 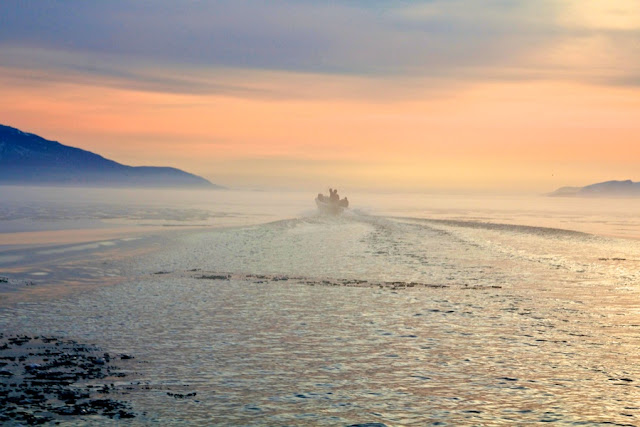 So does it mean that our Expedition North is ill–prepared? Some may believe so. They believe that one can’t go Far North without wasting 135 kg of paper on spreadsheets. And since we did not do that, they called us “ignorant”. And that’s OK. Because we are ignorant. It would be stupid to deny it. But we are not afraid to publicly accept it because we believe that ignorance it is not a sin. Neither going Far North paperless is a sin. And I will add to that just this: not only are we carrying no spreadsheets with us, but even the toilet paper we are leaving behind. 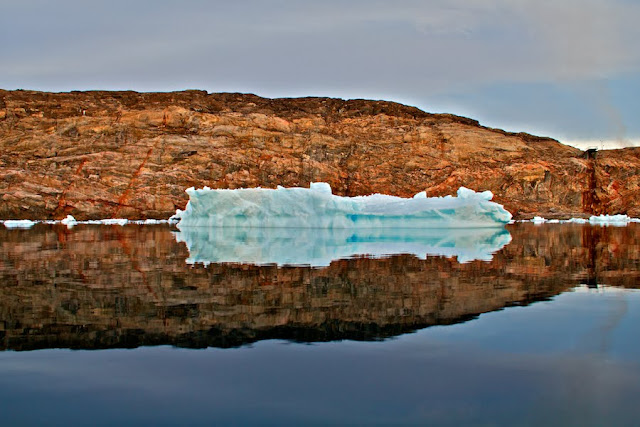 In preparation of Avannaa, we used all the Greenlandic wisdom which is plentiful. We will re-think, repair and reuse. We will not waste, neither pollute. We will try to be alert and humble. And we won’t forget to thank Sassuma Arnaa, the Mother of the Sea, for everything we get on the way. We won’t forget to ask her for forgiveness. Not for the sins, but for our ignorance. 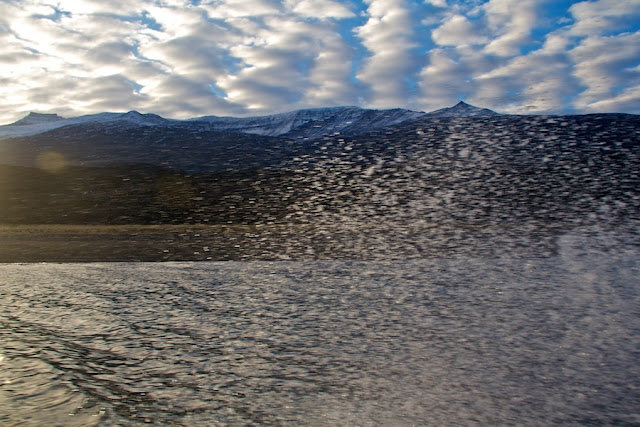 We have a great "Ittu" (an anchorman) – Ole Jorgen Hammeken who is a dreamer and a visionary, and a great "co-Ittu", Aalibarti, Alberth Lukassen, – “Piniartorsuaq” (a Great Hunter), who is a doer and who happens to have a third eye which helps him see things under water and ice – things that are invisible to the others. So, between them two we are in a perfect balance which will help us to overcome the shakiness of the road leading us to the unknown. 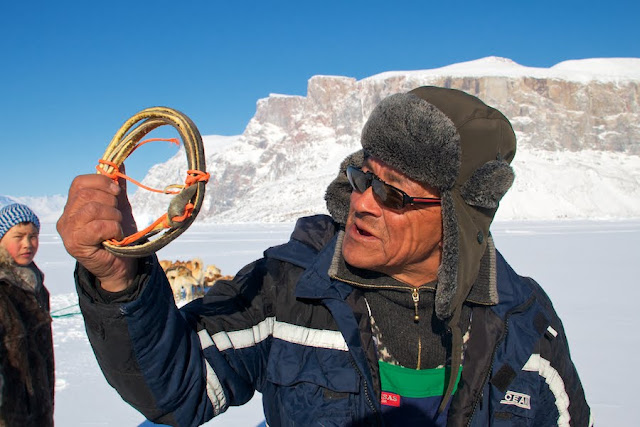 We will travel in a small boat, an open one, with an outboard engine. Ole Jorgen has travelled on such a boat both during the Polar Passage Expedition 2000. It is small, fast, and smart - modern Greenlandic style. It is able to sneak through the narrow shore leads, and when necessary it can slide on ice like a sled. In other words, it can go forward where the other, bigger and fancier boats may get stuck. On our way to Avannaaa we will be staying with old friends of Alberth and Ole Jorgen and we know that they will give us a helping hand when we need it. And they won’t ask us how many kilos of spreadsheets we are carrying; they will just welcome us and help. 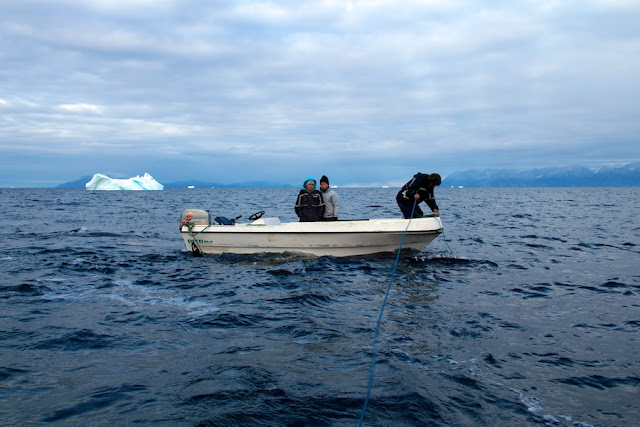 People should help each other – that is the core principle of the Arctic. And we were lucky enough to find people who still abide to this principle. And by the way, some of them don’t even live or work in the Arctic. They just happen to share a similar philosophy regardless of their zip code. They thought that our journey was risky, but nevertheless worthy. And they agreed to support it with different means. Their spirits will be traveling with us on the boat. One of these spirits is a little endemic bird QIWI, a symbol of a nice company with the same name whose leaders decided that we were worthy of it and that we designed a decent expedition. 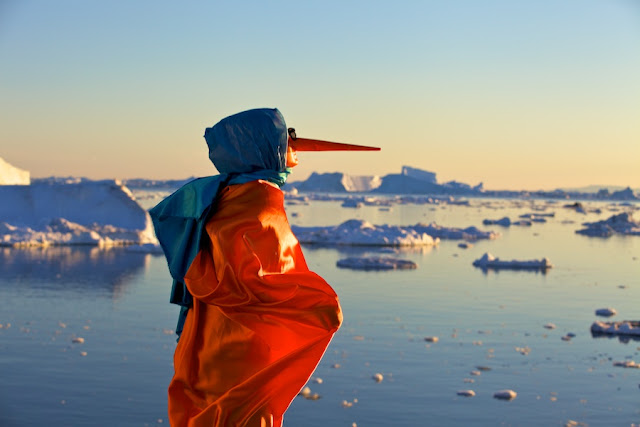 So, we have all these people on our side. Now it is important that Sila (the Weather) gets on our side too. No spreadsheets will help in this venue; we can only pray. 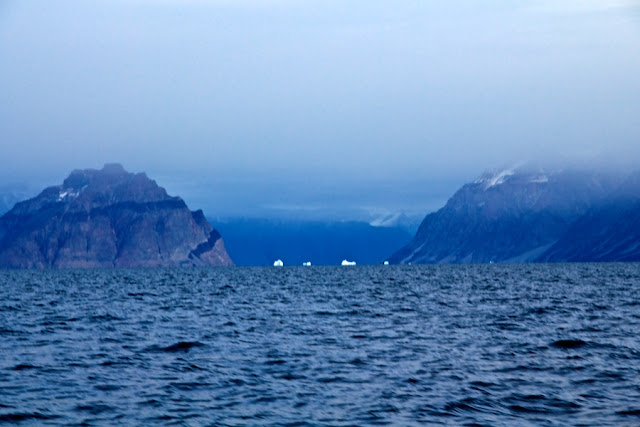 Our mission is not to conquer or to proclaim superiority. Avannaa is not a conquest of any kind, neither it is a competition. And we are not the champions. The champions are the others, and they live far away from here. Avanna is a minimalistic, reconaisance expedition to the lands that are invisible to most. We are no scientists, but rather fact-gatherers. We will talk to our old friends who live in the world’s northernmost settlements and will find out what they think about changes in hunting, cooking, shelter and ceremonials. We will observe and film rock and soil, earth and ice, water and sky, wind and currents, animals and people. But to no extent we will judge, or make conclusions or assumptions. We will leave it to others who are better fit for this type of work. 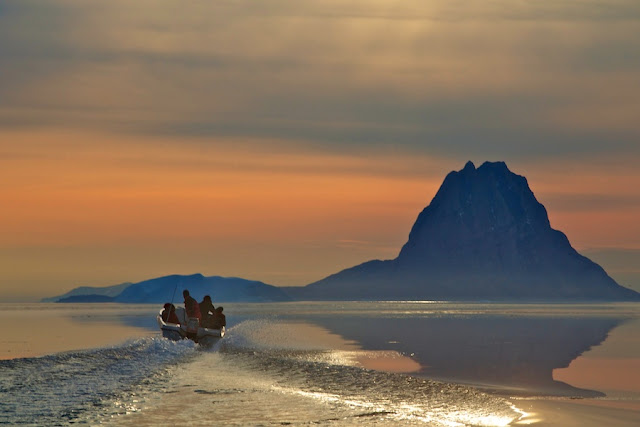 Avannaa is a country of understatements. When a polar bear hunter kills a huge pray he says that he caught a tiny little thing, nothing really special. So, we will say that Avannaa is a unimportant expedition and that we even don’t know what we are talking about. So, wish us luck! And forgive us for our ignorance.

P.S. Weather up in Hall Land today is looking great - just above the freezing point, and a little cloudy. The Weather Service 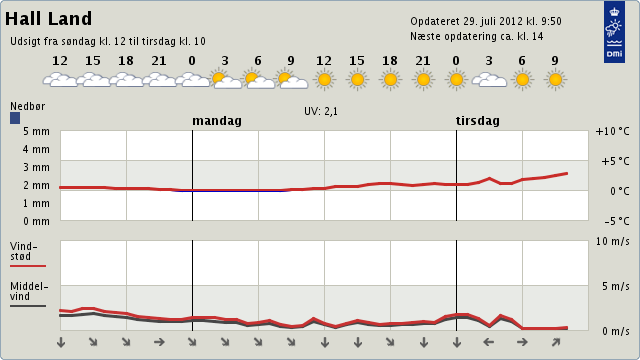 Posted by Unknown at 7:14 PM No comments:

Uummannaq Polar Institute boat expedition will travel to the land that is invisible to most of the people. Our expedition is Avannaa. Our destination is Avannaa. Unlike most travelers from the West, Greenlanders do not travel to win, to conquer, to make a statement or to proclaim superiority. They travel because it is their style of life. And Avannaa is no exception. From the Heart of the Arctic, Uummannaq, we will sail towards another Uummannaq in Thule Land, to Qaannaaq, Siorapaluk and Etah – exactly like we did many times in the past. The only difference is that now we will try to go further. 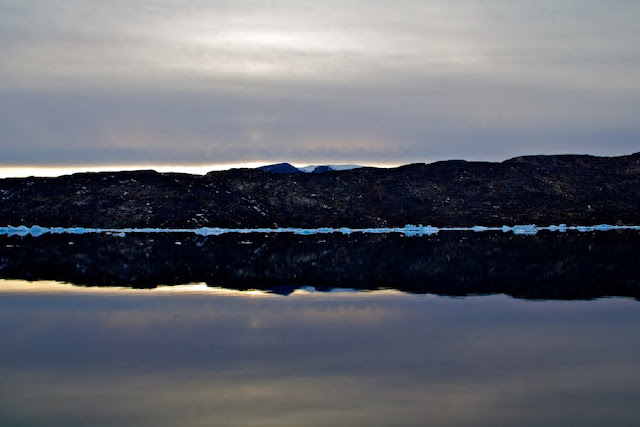 There is no plot or fixed idea about the outcome of this expedition. There is no pre-approved scenario. Because what kind of scenario can one have in Bliss Bay? Or certainly, one can have a scenario, but then there would be always some one else with a better scenario for you. Instead, we will stay faithful to an old Greenlandic principle – wander, accept and adapt. And we will be doing just that – no matter what happens. 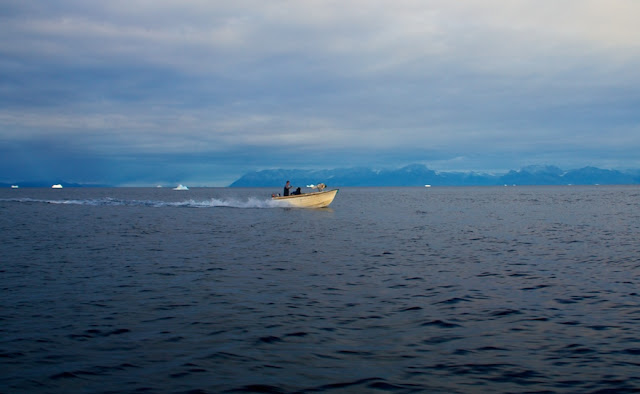 On our way, we will observe and film rock and soil, earth and ice, water and sky, wind and currents, wildflowers and ancient lichens, polar bears and arctic butterflies, foxes and ravens, people, walruses and phytoplankton that too has to adopt to abrupt changes – often with little success. We will talk to our old friends who live in the world’s northernmost settlements and will find out what they think about changes in hunting, cooking, shelter and ceremonials. But to no extent will we judge, or make conclusions or assumptions. We will leave it those who are fit to do that type of work. 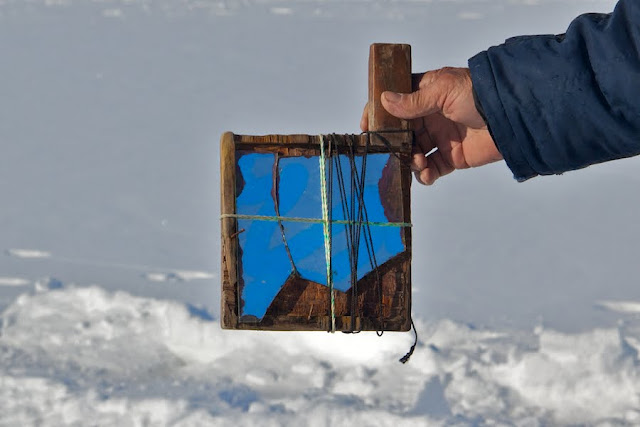 We will do all that because we would like to make sure that the voices of the northernmost people and animals inhabiting Avannaa are heard. We invite you to join us in this journey virtually – please, feel free to connect and ask questions. Our satellite phone will work … until it stops. Qujanarujusuaq tamaasa! – Thank you, one and all!

Posted by Unknown at 6:56 AM No comments: